It's time to see how Cor-A-Vent's Siding Vents stack up against the competition, namely Benjamin Obdyke's HomeSlicker. (Check their website - it's well done and has a lot of useful information) And since we like to do the comparison thing, let's start with a simple chart, then we'll go through the points seperately. Click the chart for a larger, printable version. 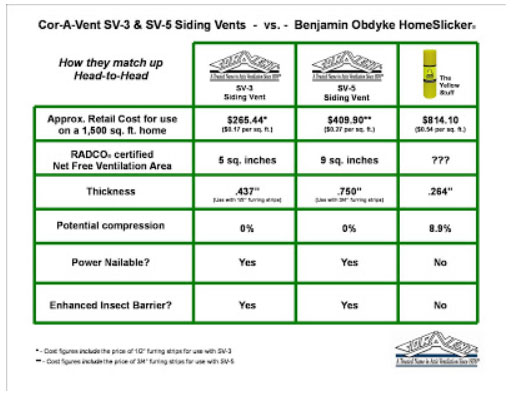 A few notes on the above numbers -