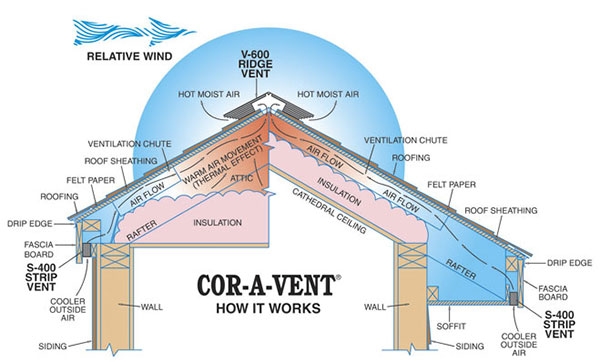 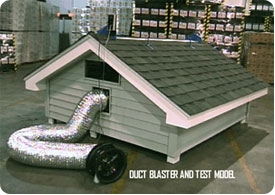 All tests were performed on a hermetically sealed test model, according to the specifications of the test equipment. Each vent was mounted over a 91” long by 2” wide exhaust slot on the ridge of the roof model, and sealed top and bottom (closed cell foam strip) so the airflow measured was through the ventilation openings in each test vent.

Note: The 5 pascal pressure utilized was chosen because it is one of  the smallest units of pressure that is commonly used for airflow / pressure measurements. As an example, 5 Pascals = 0.0014765 inches of mercury, or 0.000725 pounds per square inch of air pressure. This is similar to the low wind speed and pressure typically found in an attic roof cavity on a calm day. 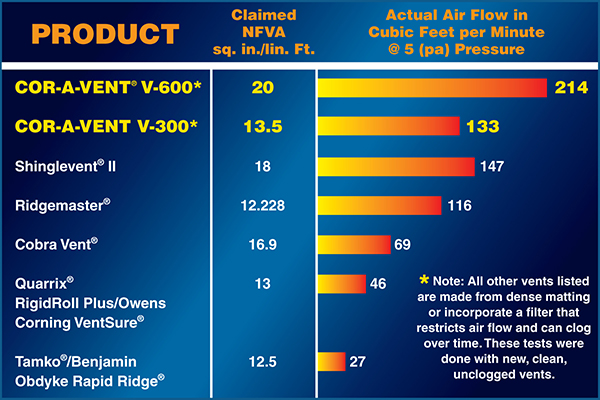 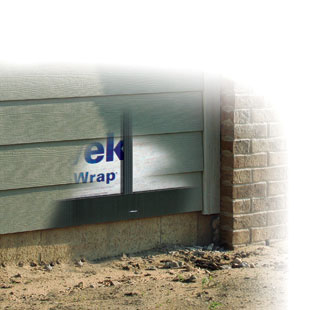